Danny Forster, Emmy award-winning producer and TV host’s Science Channel series ‘Build it Bigger’ is well-known and beloved in many countries worldwide, but he struggled to promote his global architectural agenda within the shoe-horned structure of the network’s site.

He wanted his own site.

To frame Danny’s growing content archives into an accessible, easily searched, visually engaging interface. The global architecture projects featured on Danny’s TV shows, his professorships with Harvard and Syracuse, and his architectural design firm projects, all indexable through an interactive map.

The site ‘has excelled in all areas of our judging criteria and represents a very high standard of planning, execution and overall professionalism.’ 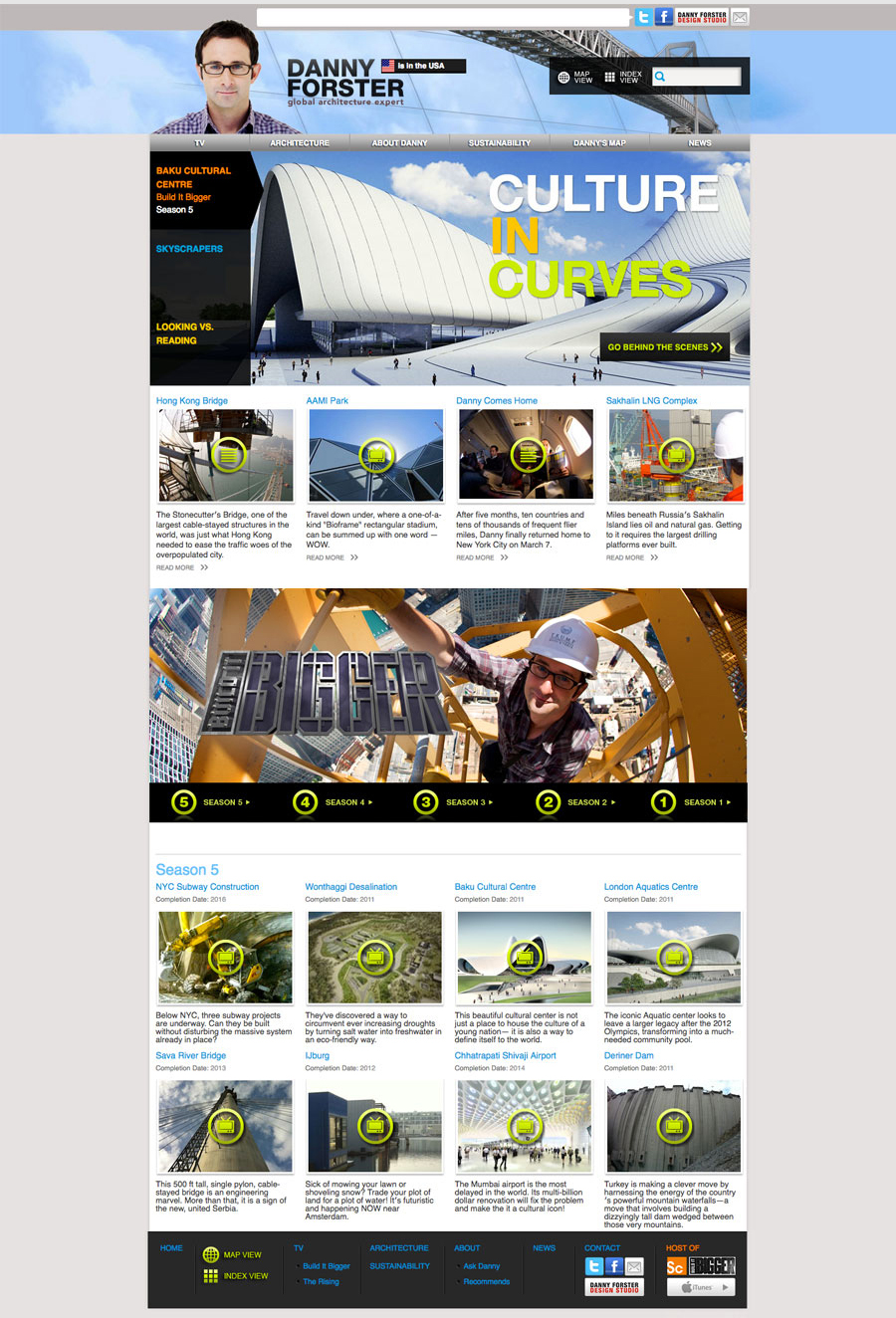